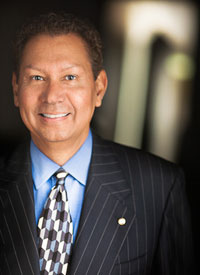 Mr. Sanchez and his team have a client base in the US, Latin America, Europe, South Africa and India. The majority of the firm’s clients have been investors for ten years or more. Many have been with Mr. Sanchez since 1989.

From 1999 to 2005, Mr. Sanchez was President of Sanchez Global Advisors, LLC, a Registered Investment Advisor, based in Beverly Hills.

Between 1994 and 1999, Mr. Sanchez was a Managing Director and Financial Advisor to high net worth individuals, financial institutions and funds of funds at Bear Stearns & Company in Los Angeles.

From 1988 to 1994, Mr. Sanchez was Vice President at Merrill Lynch International in Beverly Hills as a Financial Advisor and was an Eagle and Chairman’s Club member.

From 1986 to 1988, Mr. Sanchez headed the Mergers & Acquisitions Department for Latin America as Vice President of Bankers Trust Company in NYC.

From 1983 to 1986, Mr. Sanchez was an Assistant Treasurer in NYC with JP Morgan in the M&A/Financial Advisory Department.

Mr. Sanchez’s outside associations include:

Mr. Sanchez graduated from Yale University with an M.A. with Honors and an M.Phil in Political Science. Mr. Sanchez was a Fulbright Fellow, a Ford Foundation Fellow, a Tinker Fellow and a Yale Fellow while attending Yale University.  As a student, he was elected President of the Yale Graduate and Professional Senate, LLC. and served on the AYA Board of Governors. 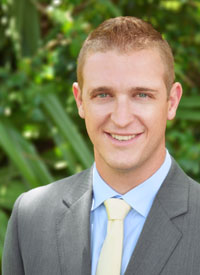 As Senior Vice President and COO, Mr. Damm brings his experience working for Goldman Sachs in NYC and University of Miami business training to Singular Global’s operations. His analytical background and emphasis on technology and documentation provide the framework necessary for Singular Global to continue its rapid growth, delivering excellent service to the increasing list of clients the company serves.

Upon graduation from the University of Miami with a BBA in Finance and a minor in Marketing, Mr. Damm started his career working for Goldman Sachs in New York. Returning to Miami in 2013, Mr. Damm worked for a Real Estate Investment Trust with properties located in the Southeast US. He currently oversees his own personal portfolio of properties throughout Florida.

In May 2016, Mr. Damm earned his MBA from the University of Florida. In his free time, he enjoys playing basketball, boating, fishing, and running. He is also the vice president of the South Florida Sigma Chi Alumni Association and serves as a consultant on a pro bono basis for the National Executive Service Corps of South Florida. 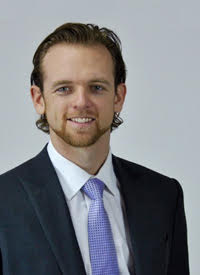 Mr. Murphy is a Senior Vice President at Singular Global and focuses on US and Mexican clients. He also works closely with the CEO & Managing Partner, David R. Sanchez, to originate and sell select alternative investment opportunities.

Mr. Murphy is also involved with numerous entrepreneurial endeavors.  He is an Executive Partner at Proton Enterprises which is a business incubator and non-traditional venture capital firm designed to accelerate the growth and success of companies through an array of support resources and services.

Mr. Murphy is also Chairman of EquityNet, as well as the Managing Partner of SlideMoor.

Mr. Murphy is involved in humanitarian endeavors serving as a Director with the LEVE Foundation, and Managing Partner with the Sitwayen Development Group, a social enterprise in Haiti focused on developing Haitian companies.

Mr. Murphy is also a certified Incubation Manager by the NBIA, and serves on the Board of Trustees for the Aurelian Honor Society, for Alpha Delta Phi, and the Yale Club of Southwest Florida.

Mr. Casellini is a Senior Vice President at Singular Global with a focus on US and European institutional investors and ultra HNW families. Prior to joining Singular Global he served as a Senior Vice President at James Alpha Management, a New York City based family office specialized in seeding, launching and distributing hedge funds, where he successfully raised capital for the group’s fund platform.

Earlier in his career, he co-founded 72nd Street Capital Management, a quantitative and systematic hedge fund.

Prior to co-founding the hedge fund, he worked as a senior institutional sales trader at Momentum Trading Partner in New York where he quickly became one of the firm’s top producers. Before joining Momentum, he served as the head of institutional sales and trading at Banca IMI Securities Inc., a wholly owned subsidiary of Milan based Banca IMI Securities, the Investment bank of the Intesa San Paolo group.

Educated at the University of St Gallen in Switzerland with a B.S. in Economics, he holds Series 7, 63, 9 and 10 licenses.

Alternative investment products, including but not limited to hedge funds, private equity funds, real estate, and managed futures, involve a high degree of risk, often engage in leveraging and other speculative investment practices that may increase the risk of investment loss, can be highly illiquid, may not be required to provide periodic pricing or valuation information to investors, may involve complex tax structures and delays in distributing important tax information, are not subject to the same regulatory requirements as mutual funds, often charge high fees that may offset any trading profits, and in many cases the underlying investments are not transparent and are known only to the investment manager.

Alternative investment performance can be volatile. An investor could lose all or a substantial amount of his or her investment. Often, alternative investment fund and account managers have total trading authority over their funds or accounts; the use of a single advisor applying generally similar trading programs could mean lack of diversification and, consequently, higher risk. There is often no secondary market for an investor’s interest in alternative investments, and none may develop. There may be restrictions on transferring interests in any alternative investment.  No representation is made that any investment vehicle will or is likely to achieve its objectives or that any investor will or is likely to achieve results comparable to those shown or will make any profit at all or will be able to avoid incurring substantial losses. Past performance is no guarantee of future results.